Wilton Ladies are having a reasonably successful year so far. We have 5 bowlers (Ann Hindley, Dawn Toomer, Lesley Trattles, Glenda Hibberd and Ros Corke) who have represented the county in both friendly and South West Counties League, and 2 (Ann Hindley and Dawn Toomer) have been involved in the Johns Trophy. Wiltshire Ladies contested the final of the Johns at Leamington on 4th August, losing out to Surrey by 16 shots.

Ray Ansell is still going in the Wiltshire Unbadged Singles Competition. Mike Crane is through to the final of the Singles in the Salisbury & District Competitions.

In the Wiltshire three rink league the Wilton men are fighting for top spot with Chippenham Town. The men are currently in the top three in the Salisbury & District league.

At the moment Wilton Ladies are currently at the top of the Salisbury & District League, having won five matches five lost three.

After a slow start to the season the Mixed triple league team won their last three matches.

Wilton have for the first time won the County Mixed Double Rink, the final being played at Devizes against Avon A from Melksham.The three hour game was played in heavy rain with Wilton winning on both rinks, 18-17 and 21-16. Well done to Dawn, Lesley, Geoff, Mike, Glenda, Cathy, Ray and Peter.

Our Ladies won the Triples Knockout Cup and also retained their pairs title in the Salisbury and District Finals.

League play has now finished with all sided finishing 5th in their leagues except the Ladies, who came 3rd.

We finished the season with  Candlelit Bowls on the 13th and a Club Gala on Sunday 18th September to close a very successful season which has seen the membership raised by 25%.

Wilton lady bowlers have had a very successful early summer. Ann Hindley has reached the final of the Country 2 wood competition. Ann will be one of Wiltshire's representatives at the National finals at Leamington later this summer. In addition Ann along with Les Trattles has reached the last 8 of the County Singles.

In the Salisbury & District league the ladies currently lie second behind our local rivals Salisbury. In the S & D competitions Ros Corke, Dawn Toomer and Les Trattles and the triples team are through to the semi finals.

The Clubs recruitment drive at the start of the season is bearing fruit. A number of our new members are playing for league teams or in friendley matches, with more attending the Tuesday evening club night and steadily improving their bowling skills.

After 2 months of the outdoor season Wilton's bowlers have enjoyed mixed success. The Ladies have had a good start to the season with 3 wins from 4 matches in the Salisbury and District League and a win over Blue Circle in the County Top 10 competition. Avon were unable to field a team in the next round, so Wilton will play Box in the quarterfinals.

Unfortunately none of the clubs ladies who entered the County Fours, Triples and Pairs reached the later stages of the competitions. The honours must, however, go to Ann Hindley who has reached the final of the 2 wood singles. Ann will be one of Wiltshire's representatives at the National finals in Leamington later this summer.

The mens Salisbury and District team are near the top of their league table and the Wilts 3 Rink team are in the top half of that league.

The Mixed Triples team are struggling for wins at the moment.

The clubs recruitment drive at the start of the season is bearing fruit. A number of our new members are playing for the league teams or in friendly matches, with more attending the Tuesday evening club night and steadily improving their bowling skills.

after the heavy rain on the Thursdaythreatened to have everything cancelled. Those hardy souls braving the weather had an enjoyable 10 ends. A good attendance at the first club evening the following Tuesday saw no less than six returning or new members sign for the club, with the Open day still to come!

Salisbury & District league fixtures start by the end of April, with the ladies starting early May. Our first Friendly match is at Frome Selwood at the end of the month..

May sees the start of the Wilts league matches. The Westbrook Mixed Triples start with an away match at Mere. 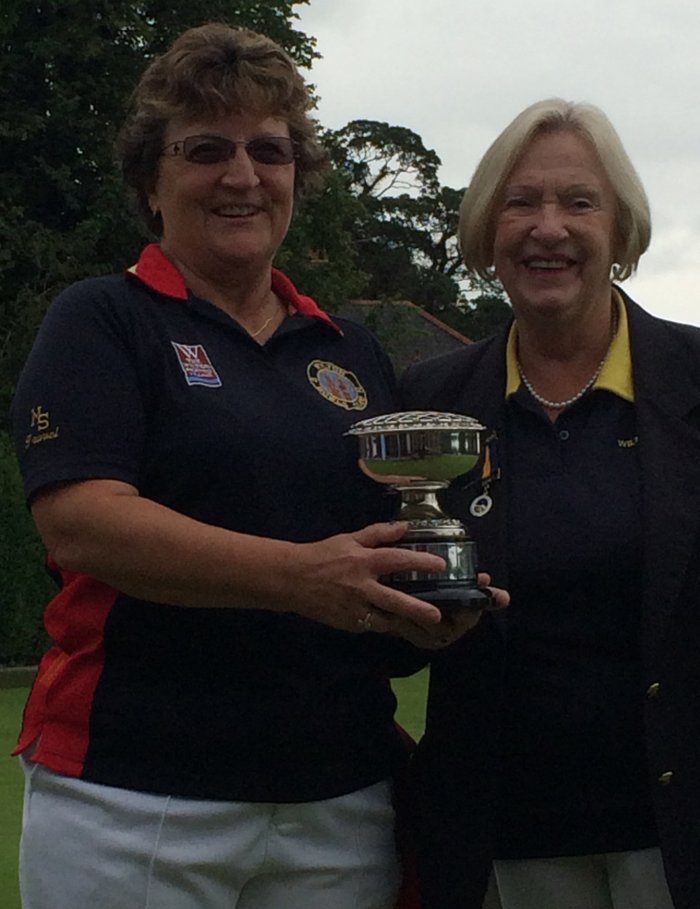 Mike Crane was  victorious in the final of the Salisbury & District  Mens Singles,  as were Geoff Toomer and Ian Brown in the Mens Pairs.

Congratulations are also due to the Wilton Mixed Triples Team as they are the winners of the Westbrook Mixed Triples League for the first time since 1993!

As the outdoor season is drawing to a close both the Ladies Salisbury and District team and the Mixed Triples team are in second place in their respective leagues. The final matches of the season will be crucial for both sets of players.

Holidays and injuries have meant that the two men's teams have slipped down their leagues into mid-table positions.

Congratulations to the team who played well in the Amesbury Gala losing out in the final to a talented team of young bowlers.

Good luck to Dawn Toomer who will represent the club in the Salisbury and District Ladies Singles Final.

The final event of the season is the Club Final Weekend on Saturday/Sunday 12/13th September, supporters and visitors welcome.

Congratulations to Mike Crane (the Men's Captain) who has reached the last eight in both the County Singles and the Unbadged Singles (for non county players) and narrowly lost in the semi-final of the Green-keepers competition.

The Mixed Triples team are still flying the flag for the club with another four wins to leave them one point off the top of the Westbrook Mixed Triples league, having 107 points to Mere's 108.

The Mens Wiltshire League team have played six matches, winning four of them and currently lie second in the table. The Men's Salisbury and District team is having a bad time of late and lost all its matches since our last report.

We have also played a couple of Friendly matches winning both against Pirie Park and Shaftesbury.

Congratulations to the ladies pair of Les Trattles and Dawn Toomer (pictured) who have won their way through to the County finals of the National Pairs in July.Whatever the result of the final they will represent Wiltshire in the national finals in Leamington Spa     as either champions or runners up.

Other successes include the triple of Sue Gurd, Ann Hindley and Les Trattles who reached the County semifinal of the National Triples. Also of note is that Wilton ladies, Ann Hindley, Glenda Gibbered, Dawn Toomer and Les Trattles are being selected for various county matches, South West County League and friendly matches.

On the mens side, Stewart Emm is still going strong in the Champion of Champions competition.

The mixed triples team are having an excellent start to the season with recent wins against Downton, Alderbury and Cranbourn.

The season started with the usual opening Gala which was played in glorious sunshine. Our new President, Dawn Toomer, welcomed members and friends wishing them all a good and successfull season.

Our first friendly match was  against   Frome Selwood, which we lost 78-77, but everyone had a good afternoons play.

Wiltons Mixed Triples league team played their first competitive match away to Amesbury, winning 11-3, but followed up  at Mere with a 0-14 loss.

Meanwhile the  Salisbury & District league started with the Men  winning at Downton 12-0 and the Ladies also  beating Downton  10-2. A good start by all teams but there  is a long way to go yet.

Recently  the Club was devastated by the loss of a popular lady player and will take time to recover.

Many of our bowlers are currently competing in the natioal competitions and we wish them all good luck. 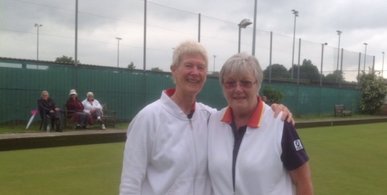